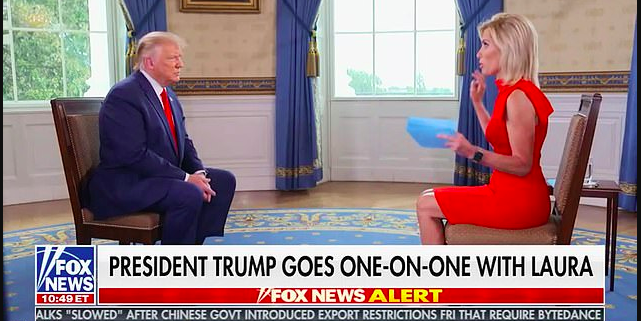 This past week President Donald Trump announced, in an interview with Fox News Host Laura Ingraham, that he had intelligence about masked men, dressed in black, who travelled on a plane to Washington DC to disrupt the Republican convention.

Shortly after this interview aired it was discovered, like so many other of his stories (e.g. Muslims in New Jersey cheering when the World Trade Center was hit, Caravans of illegal immigrants coming to the United States, etc.), that these so-called Thugs were a fabrication. It simply was not true. Trump (or one of his enablers) must of have picked it up on Facebook, and Trump thought that it was important to share.

Trump, as it turns out, is a master-in-chief in orchestrating and disseminating conspiracy theories of all manner, especially ones that argue that there is a so-called “deep state” or shadow government, a group of government bureaucrats and politicians who dominate policy debates and make laws in this country that undermine his power and authority. Trump is known to continuously lie, but yet this does not seem to affect the loyalty of a large proportion of his followers (i.e., his base).

Trump has assisted individuals like Alex Jones, who runs InfoWars, a website and radio show that traffics in conspiracy stories of all shapes and kind to maintain a feedback loop of sorts. There is also the growth of the QAnon movement that alleges that a group of journalists and politicians are actually pedophiles that are operating a global sex trafficking organization that Trump will eventually arrest. The Trumpian conspiracy theories did not simply come out of the blue, he has been engaging in them for the majority of his public career.

The situation of the President spreading conspiracy theories has only been exacerbated by the promotion of terms and characterizations, originating from the White House, like “fake news,” and “alternative facts,” buzzwords that have been popularized during 45’s presidency to gain legitimacy, among people who are prone to distrust news media and properly qualified experts.

It’s easy for most highly educated people to dismiss conspiracy mongers and the people who believe them as gullible fools who are easily taken in. Conspiracy theories are objectionable for ethical, moral, philosophical and political reasons. They are bad because they may force the public and politicians to make important decisions (e.g., laws) that have widespread negative implications. This could lead to mishaps in public policy and practice.

American public discourse is littered with numerous claims about individuals, places, and events. So much so that the public is overwhelmed by these communications. Some of these messages are true, while others are simply embellishments, misinformation, myths, and/or blatant attempts to mislead. This situation has been exacerbated with the advent of the Internet, social media, and 24-hour cable news stations. Many of these platforms let wild conspiracies take root. Questions about what is true and what is false are continuously raised and sometimes answered.

Increasingly, in this media and pundit saturated globalized world, few people have the energy, knowledge, and skills to critically analyze complicated situations and discrepancies in facts and events. Similarly the public rarely has neither the patience nor the stomach for the cool, rational, and detached work of scholars and qualified experts who subject their ideas and analyses to peer review, the gold standard of medical, social, and hard sciences.

What is the effect of information overload, and the publics’ inability or unwillingness to separate fact from fiction? Some of the dominant reactions are alienation, disengagement from the political process, and the growth of misrepresentations, myths, and conspiracy theories to fill the void. A number of questions about conspiracy theories can be asked and have been handled well by others like Barkun, Hofstadter, and Pipes, and most recently by Nichols in his book The Death of Expertise. The more important question to answer is, why do conspiracy theories develop and persist and why does the public believe them? These questions can be answered by a number of interrelated reasons.

First, the obsession with celebrity culture, falsehoods, misleading information, and scandals, and the public’s and other actors frequent inability or lack of desire to question these truth claims as false or based on questionable evidence and assumptions has fostered conspiracy theories. This is why magazines like The National Enquirer, that were prominently displayed and sold in supermarket check outlines used to be so popular and successful.

Second, there’s a virtual army of professional communication officers, crisis managers, public relations specialists and spin doctors whose primary job is to shape and disseminate plausible narratives to an information hungry public via the media. These individuals and the organizations they work for are typically powerful. The goal of this information is to have maximum impact and/or respond to organizational misdeeds, or when bad news is released or comes to public attention. Not all of their objectives are a search for the truth or to set the record straight.

Third, there is an overabundance of experts and quasi experts. Their reputation may be enhanced when the communicator works at or lays claim to a connection with an institution with a legitimate sounding name, or has a social media platform with a significant number of followers, and a willingness of news hungry journalists and reporters look for the next big story to file. Many times the audience cannot distinguish the differences among the experts (and their affiliations) and are often susceptible to believe those with fancy sounding credentials. These people appear credible or in the past have achieved positions that would bestow credibility. What’s more important is that they are perceived by some members of the public and/or their colleagues to be experts. In particular, these individuals may have firsthand experience, be insiders, or have an advanced degree. For example, some of the JFK conspiracists were well-respected M.D.s or even held Ph.D.s. They were not simply a bunch of crackpots.

Fourth, there are an exhaustive number of communication channels that the public has access to, more so than at any point in time in human history. It is not simply through the written word, but there are movies, television series, and radio broadcasts that can disseminate conspiracy theories. There is literally a channel of communication for everyone.

Fifth, and most importantly, conspiracy theories are intellectually cost effective to believe. It’s resource intensive to sift through the evidence, claims and counter claims about the questionable activity of a person, what actually took place, or how did it unfold. That is why conspiracy theories are also attractive to those with a superficial knowledge of history.

How do we remedy the situation? How do we force people to not take conspiracy theories at face value?

Although we have experts who can rebut knowledge claims, and websites like Snopes that specialize in, and whose primary function is the debunking of myths, rumors and urban legends, this is not sufficient enough to be a bulwark against misinformation and conspiracy theories.

If you don’t like hearing conspiracy theories, then one course of action might be turning off the radio, television, computer, or stop listening to the news or reading social media. But this retreatist approach, appears to be simplistic and defeatist in attitude.

Instead, understand that discerning fact from fiction is resource intense. It’s not sufficient to just get a GED, or a bachelor’s degree. The American culture needs to encourage higher education. Encouraging literacy and higher education, particularly in the fields of critical thinking, history, logic, philosophy and political science is woefully needed. Although knowledge for knowledge sake may seem like a luxury, it has numerous secondary benefits like enabling individuals to confront conspiracy theories. Government and private foundations should be encouraged to support these kinds of initiatives. An informed citizenry is a bulwark against misinformation and skullduggery.

Furthermore, analyses of conspiracy theories must be comprehensive, detailed, and thoughtful in order to give those willing to listen a dispassionate analysis of the competing explanations for all sorts of human behavior and natural disasters. We also need to systematically, critically, and successfully analyze the most prominent interpretations of conspiracies, the actors involved, and their respective motivations.

Conspiracy theories undermine the sort of civilized public discourse required for a democracy to properly function. If we value a democracy that is based on fact, reason and empirical research, then it is important to challenge conspiracies regardless of their origins and the message, and for government (big and small), and private foundations to encourage the public to be educated in subjects that will help them in this quest. 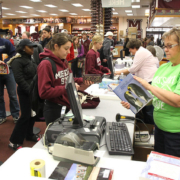 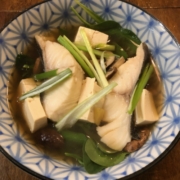 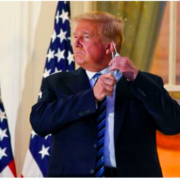 Trump gets COVID-19 and the world goes crazy

Preventing peaceful protests from being hijacked by people engaging in viol...

Progressives need to be more critical of Assange
Scroll to top