Over the past four years, numerous high-profile national political dramas have unfolded, some with international implications. One of them has been the United States government’s attempt to extradite Julian Assange, the head of WikiLeaks, from the United Kingdom to the United States, primarily for computer security violations.

Assange, who until recently overstayed his welcome as a house guest at the Ecuadorean embassy in London, appears to love the spotlight. He has been embroiled in numerous controversies, including a rape accusation, but mostly connected to WikiLeaks release of hacked and controversial information that is stored on private and governmental computers. Extradition efforts date back to 2010 as a response to WikiLeaks public release of classified information from the United States military, e-mails from Hillary Clinton when she was Secretary of State, and later from the Democratic National Committee (DNC) server in 2016.

According to respected sources, the e-mails from the DNC were originally secured by Russian intelligence who weaponized them by turning them over to WikiLeaks. It is also argued that these e-mails contributed to Clinton losing the 2016 election to Donald Trump. If this is true, then Assange, despite his negative public statements about Trump, was one of his major enablers. If WikiLeaks was the bastion of democracy, that Assange has offered as an explanation for his crimes and that so many people believe, why have they not been able to get access to embarrassing information about the Trump organization? They don’t need to look far or deep as this president is a treasure trove of cheating, scandals, corruption, and ostensibly linked to the death of close to 183,000 Americans (and counting) by his admission that “he downplayed the seriousness of the virus.” And if WikiLeaks has information linking Trump to Russia’s Putin, for example, why have they not yet released it?

Over the years a handful of documentaries about or including references to Assange have been produced including The Fifth Estate and We Steal Secrets: The WikiLeaks Story. Most of them paint a sympathetic portrait of a misunderstood man, a champion of freedom of information, speaking truth to power. That is why many of Assange’s fans, particularly those on the left, believe that all or most classified information should be open to the public, and have readily come to his defense. But this blind faith in this man demonstrates how many of his supporters (and casual observers) don’t properly understand the dynamics of open access, freedom of information, and the importance of computer security, domestic and national security and the like.

Some of Assange’s supporters similar to a whistleblower defense, believe that the importance of the revelations he brought to public attention should overweigh the fact that his actions were illegal, and that he should be absolved of his crimes. Moreover, many people go so far as to believe that Assange’s actions demonstrate that he is a true patriot (for which country, only lord knows), and a champion for open access.

I’m not saying that Assange shouldn’t be properly charged, nor stand for trial, nor be afforded all the constitutional protections that we give people who are charged with a crime. But we need to take a more critical approach to Assange, WikiLeaks and their actions. Although the information that WikiLeaks has made public, over its storied existence, lead us to be better informed citizens, to learn more about crimes of the powerful, where does one draw the line? When it comes to public and governmental access to confidential information nuance is needed. That is why democracies such as the United States have established privacy laws and those concerning access and release of confidential and domestic and national security information, including what should be released, when it should it be released, and to whom. Governments must balance secrecy, domestic and national security, and the privacy of individuals.

Each democratic government establishes these hotly debated rules and legislation. We may not like these protocols. We may contest them, but they exist for sound reasons.

Assange did not single handedly help with the election of Trump, but the release of both Clinton’s and the DNC’s e-mails was reckless and appear to have played into the hands of the Russians who helped to elect Trump, a totally non-democratic effort. By extension, Assange is not really a champion of freedom of the press. His supporters should be well advised to brush up on the concepts of privacy, freedom of information, and domestic and national security before branding Assange a champion. 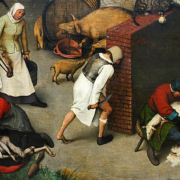 Lies, Damn Lies and Thugs on a plane: Why do Conspiracy Theories exist and...

Rebel without a clause: The trouble with copyright and trademarks in connection...
Scroll to top