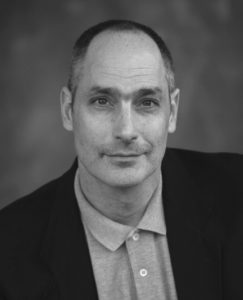 Jeffrey Ian Ross, Ph.D. is a Professor in the School of Criminal Justice, College of Public Affairs, and a Research Fellow in the Center for International and Comparative Law, and the Schaefer Center for Public Policy at the University of Baltimore. He has been a Visiting Professor at Ruhr-Universität Bochum, Germany, and University of Padua, Italy.

Ross has researched, written, and lectured primarily on corrections, policing, political crime, state crime, crimes of the powerful, violence, street culture and crime and justice in American Indian communities for over two decades. His work has appeared in many academic journals and books, as well as popular media. He is the author, co-author, editor, or co-editor of several books including most recently, the Routledge Handbook of Street Culture (2021) and Convict Criminology for the Future (2021).

From 1995-1998, Ross was a Social Science Analyst with the National Institute of Justice, a division of the U.S. Department of Justice. In 2003, he was awarded the University of Baltimore’s Distinguished Chair in Research Award. Ross is the co-founder of Convict Criminology, and the former co-chair/chair of the Division of Critical Criminology and Social Justice (2014-2017) of the American Society of Criminology. In 2018, Ross was given the Hans W. Mattick Award, “for an individual who has made a distinguished contribution to the field of Criminology & Criminal Justice practice,” from the University of Illinois at Chicago. In 2020, he received the John Howard Award from the Academy of Criminal Justice Sciences’  Division of Corrections. The award is the ACJS Corrections Section’s most prestigious award, and was given because of his “outstanding research and service to the field of corrections.” In 2020, he was honored with the John Keith Irwin Distinguished Professor Award from the ASC Division of Convict Criminology. During the early 1980s, Jeff worked for almost four years in a correctional institution.