In the field of corrections, there are lots of labels, names, and terms that the public frequently applies to people who are housed in, live in, and are processed by jails and prison that I dislike.

These terms are frequently used in a simplistic and dehumanizing manner. Take for example, the word offender. I think we can agree that many of things that people who are convicted did were offensive, but not all actions that they may have engaged in rise to this label, and as we know, some people who are incarcerated are wrongfully convicted.

But when it comes time to choose the appropriate names for someone who is locked up in or released from a carceral setting, a sufficient amount of nuance must be observed. Among people who are incarcerated in the United States, they differentiate among the labels prisoners, inmates, and convicts. Each term means something different to them, however, this is a different discussion.

But the current tendency to use the expressions or terms formerly incarcerated or returning citizens, by well-meaning activists and academics, people working in the field of restorative justice, or worse the perpetual bomb throwers, who somehow magically show up during these discussions, is short-sighted. Worse, there is often an implicit suggestion that the scholarship that has been done to date using the terms exconvict (including convict, felon, inmate, or prisoner) is somewhat suspect.

Let’s start with the expression returning citizens. When a formerly incarcerated person is released from carceral custody, not all of their rights are restored. This includes, but is not limited to serving on a jury, voting, and owning a gun. Thus, to call them a returning citizen may be aspirational, but it does not accurately reflect their status.

Next, just because we change the term to “formerly incarcerated” or “returning citizen” does not change, blunt, nor erase the stigma or objectification society gives to people who have criminal records. There are innumerable collateral consequences of a criminal conviction that go beyond the label we ascribe to people who have spent time behind bars. For instance, criminal records hurt the chances for many people to secure appropriate housing or to gain employment.

Finally, most of the “we don’t call them convicts and excons anymore” crowd, do not ask convicts, or exconvicts, the labels they prefer. And if they do ask incarcerated people what terms they like, the studies that have been done don’t use rigorous social scientific methods and the results are not conclusive.

Reginald Dwayne Betts, who after spending over eight years incarcerated in a Virginia prison, became a respected poet, and upon release completed Yale Law School, and was recently awarded a MacArthur genius grant, put it most clearly when he stated, “I really just don’t like being called formerly incarcerated as a part of my title. I would much rather be called a carjacker or a convict or an inmate or a jailbird. Cause to do all this shit and be reduced by your allies to a condition brought on by the pistol you held is wild.”

Why then do some people insist upon using the labels formerly incarcerated or returning citizen?

Some of these individuals may be attempting to draw a distinction between old terms and new ones in an effort to effect change. But, as there’s no consensus among the formerly incarcerated community how they want these terms used, policing this language amounts to little more than virtue signaling.

Thus insisting that we must change the label of exconvict to formerly incarcerated or returning citizen seems more like misplaced effort. 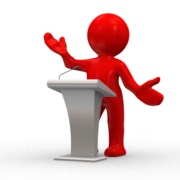 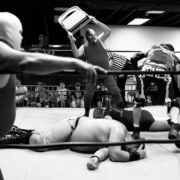 SIGN UP TO RECEIVE REGULAR BLOG POSTS BY EMAIL!

How can researchers improve street ethnographies?
Scroll to top