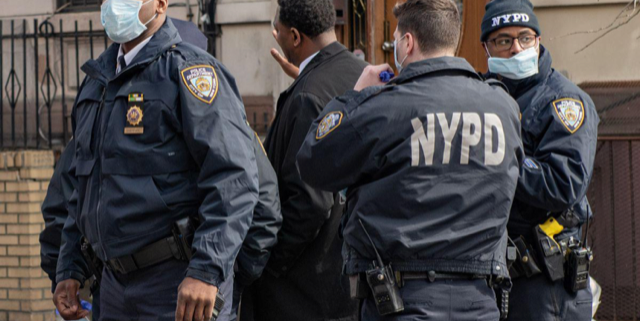 The global COVID-19 pandemic has significantly impacted the types and amount of crime as well as the ability of criminal justice agencies in advanced industrialized countries to deal with crime. In the United States and other similar countries, people are spending more time at home, which may not have been a safe place before the pandemic, with their partners and family, domestic violence has increased. Yet, street crimes such as homicide, robbery, sexual assault and carjackings have decreased in most cities. Why? Less people are out in public, walking the street or driving a vehicle. Likewise burglaries of occupied houses and business have reduced because the likelihood of confronting the owner or resident makes place a less attractive option.

Homicide crime patterns, however, are not consistent throughout the country. In Baltimore, for example, a city that in recent history has had one of the highest homicide and violent crime rates in the USA, the rate of these types of crime has not slowed down. It persists at the same levels as before the pandemic. In Baltimore, at least, the consistent violent crime rate may reflect perpetrators using this time to settle old scores, maintain dominance or expand power.

Also noteworthy is that the ability of criminal justice agencies handling crime might be now diminished. In New York City, 6,974 uniformed officers (19.3 % of the total force) are out sick, 1,935 have tested positive to the virus, and 12 have died. This puts added pressure on the remaining personnel to respond to calls for service and there’s indication that they are struggling. Overall street stops and arrests have decreased which has meant a decrease in drug and DUI charges. Adding to the burden on law enforcement is that during this pandemic, in some jurisdictions, they are being required to warn, ticket or arrest individuals who fail to adhere to local “shelter in place” or “stay at home” legislation.

Jails, prisons and other correctional facilities have also been affected by the Corona crisis. Not only are inmates contracting the virus, but correctional officers are also testing positive. Numerous civil liberties organizations, the loved ones of those who are incarcerated, and in some cases those who are incarcerated, are pleading with correctional facilities and their respective governors to reduce the number of prisoners and/or engage in methods to facilitate convicts to social distance. Many prison systems are either releasing selected inmates, although the criteria are unclear and vary. In some places inmates closest to the end of their terms, or ones convicted of less serious crime are being let go, but it is also uncertain where in the community they will be housed.

A type of crime that seems to get less play and coverage is the increase in corporate crimes such as price fixing in public health products and fraudulent scams by individuals and businesses that have hoarded essential protective gear, and hand sanitizer in order to sell them at inflated prices.

Crimes committed by the powerful, at least the framing of these activities as such, most notably financial corruption, also get less attention than they deserve. A number of journalists are reporting about attempts to funnel government financial assistance to individuals and corporations that President Donald Trump has deep connections with. Many of these potential crimes, have been temporarily curtailed because of last minute restrictions placed by the senate and house of representatives forbidding money going to any business that Trump has a financial stake in. But, the administration and its allies keep on trying to find loopholes that can benefit them. Shortly after the passage of the stimulus money legislation, Trump removed the inspector general who was in charge of overseeing the corona virus stimulus money. Presumably, the inspector general would insure that the money would be distributed in compliance with legislative guidelines, with a minimum of corrupt activities that often follow in situations like this. During his controversial daily briefing, the president has been advocating the use of hydroxychloroquine as a cure for the virus. Although Trump has a comparatively small financial interest in Sanofi, the French drug manufacturer, it’s nonetheless highly unethical for him to be hyping a drug that most COVID-19 experts suggest has minimal clinical benefits and could be quite deadly.

The biggest current crime of the powerful is the fact that Trump and the White House administration knew about this global pandemic as early as January and they failed to act timely and appropriately. It did not help that Trump dismantled the White House global pandemic team in the early part of his administration (2018) and let the national stockpile of masks, personal protective equipment (PPE), and ventilators to be depleted. Had the president and administration acted timelier, including authorizing the Defense Production Act, it would have quickly motivated the private sector to increase the production of COVID-19 related protective gear including ventilators that hospitals are in dire need of. Another failure of his administration is his decision not to coordinate efforts among the states in the fight against the virus, rather leaving cities and states (i.e., the Governors) free to make up their own Covid-19 policy responses on their own. This lack of coordination among states stands in sharp contrast to the efforts in place in other countries that had been better able than the US to slow down the spread of COVID-19. Finally, Trump and his administration failed to direct the Department of Health and Human Administration to engage in widespread Coronavirus testing and contact tracing, like they are doing in a number of jurisdictions and countries. If Trump and the White house had acted timely, coordinated with states, and engage in testing and contact tracing, we would have reduced the number of people exposed to and infected by the virus, reduced the number of senseless loss of lives, and increase the number of lives saved.

Street Culture is the beliefs, dispositions, ideologies, informal rules, practices, styles, symbols, and values associated with, adopted by, and engaged in by individuals and organizations that spend a disproportionate amount of time on the streets of large urban centers (Ross, 2018, p. 8). When interpreted in this manner, street culture is not simply graffiti and street art, or street styles or street wear, and street food. It is a more encompassing term and practice. Street culture is the glue that holds many urban environments together.

You don’t need to hold an advanced degree in urban anthropology or geography and/or spend years training in street ethnography to understand street culture, but you have to be curious, patient, aware of your surroundings, focus on the nuances of the street, ask appropriate questions, and not be overly judgmental of the people who live and work in these unique environments, and the places you encounter to understand street culture.

Although most aspects of street culture are observable, a considerable amount of it requires first-hand experience to understand the underlying meanings and impact. Likewise, many actions that people on the street engage in are subtle and you need to see things from a broad vantage point, and not get caught up in the moment, the minutia of detail, or your own biases. You also need to learn to appreciate the diversity of the urban environment not in a kitsch or tourist like manner, but in a holistic way.

People, in particular those who live, work and/or visit large urban centers throughout the world, are exposed to street culture every day, however many do not understand it, and/or appreciate its contribution to the vibrancy of urban culture. We are too busy making a living, trying to get by, as part of the precariat. Otherwise we are like tourists, looking to drink our first margarita after we disembark from the cruise ship docked at the harbor of a popular Mexican vacation spot, or we get off the plane at Charles De Gaul airport and rush to Paris to take a selfie of ourselves in front of the Eiffel Tower to share on Instagram.

All of us can probably function reasonably well without noticing or acknowledging the impact that street culture has on the way we talk, walk, dress, food we choose to eat, as well as on the way we think about where we live, how happy or miserable it makes us feel, and how we belong. It also impacts our preferences for certain kinds of entertainment (i.e., the shows we watch on our electronic devices, the music we listen to, etc.). And this happens quite inadvertently – as we walk the streets from one place to another, we are absorbing our surroundings, forming perceptions of what we see and do, that eventually shapes what we do and choices we make on important domains in our lives

Sign up to receive regular blog posts by email.