The recent arrest of Criminology graduate student Bryan Kohberger as the suspected murderer of four University of Idaho students prompted some people, including members of the news media, to ask if earning a degree in Criminology (the study of the causes and effects of crime) or Criminal Justice (the analysis of the dynamics of law enforcement, courts, corrections, and juvenile justice) motivates someone to “commit a crime and/or believe that they can get away with murder/homicide.”

Although there’s some logic to this question, the short answer is maybe, but not likely.

Why? There are about four interrelated reasons that cast doubt on this kind of reasoning.

First, earning a degree in a particular academic field doesn’t mean that the recipient of said achievement is going to use the knowledge they acquired or skills they mastered to engage in deviant or criminal behavior. If this was the case, then more pharmacy students would become drug manufacturers and dealers, structural engineering students would intentionally build inferior bridges, etc.

Second, every year lots of students earn undergraduate, masters, and doctoral degrees in the fields of Criminology/Criminal Justice. Very few of them, however, commit crimes, not to mention murder. If the pursuit of or earning of a degree in Criminology/Criminal Justice enabled students or graduates to get away with murder, then we would probably see a lot more people fitting this description arrested and charged with homicide (or other types of newsworthy crimes). (Which is not the case). I would also argue that the average Criminology/Criminal justice student is more interested catching bad guys (and women) and assisting victims of crime, then using this knowledge to “commit the perfect murder.”

Third, there are many reasons why people commit murder, and an even smaller number of them who believe that they are smart enough or have the appropriate knowledge or skills to outwit homicide investigators, judges and juries. I’d even speculate that there is an even smaller number of people who think or believe that they can get away with murder because of their knowledge or mastery of forensic science (i.e., the collection and scientific analysis of legal evidence).

Fourth, almost all people who engage in murder and believe that they will get away with the crime, are NOT in the process of earning an advanced degree in criminology/criminal justice.

Where does this leave us?

Although it’s important and interesting to ask provocative questions about perpetrators’ motivations, the public, especially the news media, need to move beyond simplistic thinking and assume that there is some deeper complex rationale why people engage is extreme kinds of human behavior like murder. 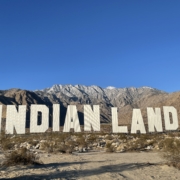 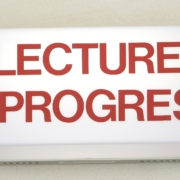 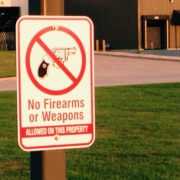 How I procrastinated on major projects in 2022

Why are people and organizations unable or unwilling to use experts?
Scroll to top