With a few days left until the election our country is facing, I thought I’d say a few things.

A couple of weeks ago my wife and I received our ballots via mail, we selected our preferred candidates, and then we walked over to the drop box, not far from where we live, and deposited the envelopes.

We are part of the lucky ones. We live in a relatively sane part of the country where ridiculous barriers that some people face in other jurisdictions just to exercise their democratic right to vote are frustrated at every turn.

But to the numerous people who have not voted and are considering stepping out this time here is what I have to say.

This election is different in many respects.

It’s an event that no American of voting age can afford to remain silent in exercising their right to vote.

The stakes are just too high.

The last four years have been a dumpster fire of ridiculous proportions.

Many Americans and foreigners who closely watch what happens here have been treated to a daily stream of news stories about silly stuff that Trump and company have said and done.

Some people have been mildly entertained by this behavior, while others have become numb to this information.

Others are not sleeping well and are coping via alcohol and drugs.

Clearly it does not help that in the midst of it all we have the global COVID-19 pandemic.

Some of you might argue that your individual vote doesn’t count, or had the Democratic party only chosen Bernie then you would have come out and voted.

Although this argument could have been tolerated in previous elections, this one is not the same.

Then there are the Republicans who are not happy with Trump but because of some sort of fidelity to the Republican party can’t in good conscience vote for Biden. That argument does not wash in this current situation. Your vote can actually make an impact.

Even in districts that are solidly for Biden, it’s important to still come out and vote, because the numbers who come out to vote, will demonstrate the strength of people’s dissatisfaction with Trump.

It’s finally time to put down your beer, bong, or the controller of your X-box, and get off your couch and vote. Yes, even if that means you have to wait in line for a couple of hours in the cold and the rain. Dress appropriately, bring a bottle of water, wear a mask and socially distance. What else are you going to do during the time it takes to vote? Who knows you might even meet some interesting people, who like you are waiting in line, that you would like to hang out with in the future?

Tuesday evening and the days following will be a unique period in recent American history. But you need to keep your cool and don’t do anything stupid. We can deal with voter suppression, gerrymandering, giving felons the right to vote at another point in time. But the time to vote is now.

Keep in mind that the election is not over until Trump is finally removed from office. And even when he does step down, I have no illusions that he, his children, and the most vocal of his Republican enablers whether it’s from the pulpit of Fox News, a federal prison cell, or a foreign country to where they have fled will be with us for a long time. I say good luck. Bring it on.

Shortly after the spring COVID-19 lockdown, my neighborhood in Washington DC resembled a ghost town.

At night it was eerie. The silence was punctuated by occasional sounds of ambulances or fire truck sirens taking the next unfortunate person to the emergency room of the closest hospital.

Now that we know more about the corona virus, and how it is spread, many jurisdictions, business owners, educational institutions, and government offices have adjusted the manner by which they provide services to their customers, enable their employees to work, and students to learn. In general, over time these policies and practices have become more rational and less knee jerk in nature.

Most city parks and services have reopened but with restrictions. Signs prominently posted on the entrance to retail stores and other “third spaces” (semi-private locations), requiring customers to wear masks, and recommending that people social distance (not that everyone reads them or follows the directives), proliferate.

Most businesses, complying with recently passed city ordinances, are limiting the number of people who can be inside, and either setting up places where hand sanitizer is easily accessible or dispensing hand sanitizer upon entrance. Some urban public spaces like subway systems, and train stations have redoubled their efforts to clean surfaces, though much of this activity is simply hygiene theatre.

Many bars and restaurants (and retail stores) that survived appear to have done so by switching to take out orders through contactless on-line delivery, or curbside pick-up. Some eating establishments have even taken over nearby street parking spaces or parking lots to enable outdoor seating where social distancing is encouraged. Some jurisdictions have enabled pedestrian traffic by decreasing the speed limits on city streets, or closed down streets to encourage people to walk on the streets.

Still more needs to be done. As less people take public transportation for fear of contracting the virus, more creative solutions should be made for transportation, with a greater emphasis on pedestrian traffic and bike mobility. Where possible more roads should be closed to vehicular traffic and converted to pedestrian malls. More bike lanes should be constructed to enable cyclists to use them. Jurisdictions should be encouraged to give, or continue to give grants and interest free loans to small businesses to retrofit their business to operate in these times.

The future is now. In addition to implementing practices that will enable public space to be opened in a safe manner, we need to develop metrics to determine which ones work, including how these changes to our urban public space affect the constituent bodies that use them, and attempt to maintain them if they work for urban dwellers. 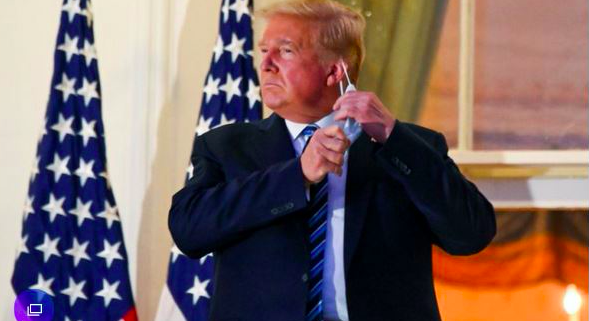