If you are a professor working at a liberal arts college or university, or hoping to be hired by an institution of higher learning in this capacity, you are expected to conduct research and have it published in respectable, preferably peer-reviewed outlets.

Although some colleges and universities have higher expectations about the type and amount of scholarship you produce, and where it is published, research is necessary and often spelled out in your employment contract or your institutions’ guidelines for tenure and promotion.

By the same token, you may also care deeply about your neighborhood, city or society including the wellbeing of the people and most creatures that live and work there. Thus when you believe that these entities are threatened you may participate politically by signing a petition, donating money to an important cause, joining a group advocating or fighting for social or policy change, marching in a demonstrations, giving speeches, etc.. Most of the time the choice of how to best assist the cause/s you believe in is not clear, especially how much and what types of resources (especially how much time) you should devote to them.

Naturally, the perennial challenges that many instructors and professors who are in this situation face, are balancing the competing demands among your numerous obligations, including the ones that you experience in your role as a researcher or activist.

You may see these two interests or roles as competing. In other words, the more you spend on one activity, the less you can spend on the other. Or you may flirt with, embrace, or master one of the two roles (i.e., activist versus scholar or vice versa).

How might this happen? You may identify more with one role over the other depending on the degree to which you agree with the activists and scholars you encounter, the messages they advance, how much fun or aggravation you experience with each respective crowd, and the time you spend working together in pursuit of the same shared goal. Thus, you may be subject to a push-pull dynamic where you deepen your commitment to one network of individuals over the other.

Much harder, however, is trying to combine both roles (activist and scholar) as part of the things you do and as part of your identity. Many instructors and professors have a healthy relationship between their scholarship and activism. Although some people may question whether writing the occasional op-ed is activism, many professors frequently say that one type of activity feeds off of the other, including that both their scholarship and their teaching is activism. For example, by working for or with a group that attempts to deal with food insecurity may generate research ideas for a new paper that a professor might start. Or fighting for racial justice may expose an instructor to legal cases that they never considered before and are worth writing about in an academic context. For some professors, they may even be able to get their scholarly research into the hands of policy makers or leaders of organizations that can effect legislative change.

But there is also the dilemma of spending too much time on traditional kinds of activism and this ultimately takes away from your scholarship. Where might your activism negatively affect you? Engaging in activism has derailed many an instructor and professor, not just in the liberal arts, but those who in programs in medicine, law, or tech. Yes they may get approval from fellow activists, students they teach, and even professors and administrators in their program or universities. But they still have to deal with the numerous deadlines bearing down on them (e.g., papers and exams to grade, papers to write, etc.). If you are an adjunct instructor vying for a position in an academic department (that values scholarly research) if you have not done a sufficient amount/type of research, no amount of activism will help you be hired. Finally, if you are a tenure track professor, when it’s time for the decision for tenure and promotion to come around, no matter how much your colleagues agree with your activism, they will typically not cut you slack and give you a pass because you failed to meet some organizational mandated standard of research productivity.

Granted, as you career progresses, as you move up through the ranks (including securing tenure), you may believe that you have more time and freedom to engage in activism, but there may also be new things that you have to consider. These may include different and additional pressures on your time (e.g., building a family, etc.), mentoring students, supervising graduate students, university service requirements, etc. If your activism negatively affects your ability to do your job, and results in possible job loss, or even incarceration this can have very real negative effects. Thus activism may end up taking a back seat. In short, and moving forward it’s important to do a good job estimating the costs and benefits (both pecuniary and emotional), and carefully engage where you believe that your efforts can make the most amount of difference. 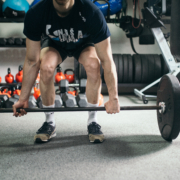 What do gym memberships and higher education have in common? 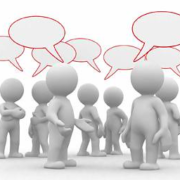 Undergrads need to know the difference between expressing facts versus opinions 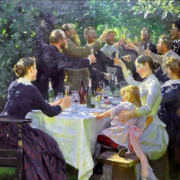 “Should I stay or should I go?” What happens if you can’t find or retain...

Should scholars have to ask for honorariums? It depends
Scroll to top