The book, divided into thirteen chapters, plus two appendixes, provided realistic, practical and helpful information, and advice to men and women who were facing a jail or prison sentence, or currently doing time in an American correctional facility. It covered all sorts of predictable things like the kinds of food, housing, work, vocational training, and educational opportunities (or lack thereof) that someone behind bars might experience. Behind Bars also reviewed the types of convicts, correctional officers, and formerly incarcerated people might encounter in their journey into and out of the American prison gulag.

Now that a significant amount of time has passed since Behind Bars’ release, it might be interesting to explore how this book came about, and review some of the reactions to it.

In the Spring of 2001, shortly after I submitted the completed chapters of Convict Criminology to the publisher, I stumbled upon a news item that mentioned that Gary Goldstein, a well-known and respected NYC editor had agreed to publish Jerry Capeci’s The Complete Idiot’s Guide to the Mafia. The idiot’s book series (just like the Dummies guides that were popular at the time) explain in simple terms a subject or process that the average educated person may have difficulty grasping.

It just so happens that for some time, Richards and I had discussed the possibility of writing a book targeted at a general audience, that explained American jails and prisons, and what correctional custody was like.

We believed that there was an abundance of myths and misconceptions about jails, prisons, and what it’s like to be incarcerated. Many of these flawed messages are communicated via the mass media and/or spread as war stories by individuals who were formerly incarcerated and those who worked in or for carceral facilities. On the other hand, the general public either has difficulty understanding scholarly research on correctional institutions, or lacks the patience to consult it. Thus, the average person is seriously misinformed about American jails, prisons, and the people who are incarcerated or work there.

When we looked for appropriate popular resources that people could consult about corrections and the carceral experience, there were only a couple of basic books about doing time, but they were either seriously out of date or did not appear to be too helpful. Thus what was needed was an engaging book that laid out in simple terms what it was like to be arrested, processed, sentenced and do time in American correctional facilities.

Figuring that it could not hurt to ask, I contacted Goldstein and pitched him on our idea.

Almost immediately he liked the book project. The fact that Richards had spent eleven years under federal correctional custody (with five of them behind bars), that I had worked in a carceral facility as front line staff for close to four years, and that we were both professors of Criminology/Criminal Justice appealed to the Goldstein. He believed that both of our writing credits, and our “practitioner/lived experiences” would give us enhanced credibility with the readers.

Goldstein encouraged us to write up a book proposal. After a week or so of back and forth with Richards, the proposal was complete and I forwarded it to Goldstein.

I asked Goldstein for some suggestions. He gave me the names and contact info of three literary agents that he thought would be good matches for us. I reached out to all of them, and we went with the agent that was the most excited about the project.

Somewhere between my initial pitch to do a complete idiots guide, and publication of Richards and my book, Alpha, the publisher of the complete idiots guides, thought that the book would garner more sales in their Alpha imprint series. This also necessitated a name change from The Complete Idiots Guide to Prison. We initially considered, building on the American On-line (you’ve got mail idea that was in the ether at the time) You’ve Got Jail, and then the more straightforward title that we finally went with Behind Bars: Surviving Prison.

The path to publication

Almost immediately we went to work on the actual writing of the book. The collaboration was challenging. It was not like these romantic stories you may have heard of where co-authors both go to one of their summer homes and through the course of long leisurely walks in the leafy woods, or whisky infused conversations during the evening on the dock, they talk about the subtle nuances of the direction of the book.

I had a young family, Richards and I lived in separate states, and there was an hour time difference. Behind Bars was primarily researched and written after my wife and children were asleep, and in the wee hours of the morning. It was written by electronically sharing draft paragraphs sections of chapters and entire chapters and reading through parts to each other over the phone while the other took notes or edited.

Fueled by a sense of purpose and urgency, adrenaline, and coffee, lots of coffee, the actual writing of the book was done over the course of a handful of months. Sometimes the writing went fast and at other times it was an incredible grind. Nevertheless we made our deadlines and Behind Bars was put into production relatively quickly and released shortly thereafter.

Reactions to the book

On the downside, soon after the release of Behind Bars, we learned that it was banned in a number of state prison systems (e.g., Texas Department of Corrections, Washington State Prison system, etc.).

Stephen and I saw this as a badge of honor and thought if anything that this kind of censorship might lead to increased awareness of the book.

Another good thing was that Alpha subcontracted the marketing for the book to a public relations firm that specialized in bringing attention to newly published books. Thus shortly after Behind Bars was in print, we received a number of interviews with well-established news media outlets.

Moreover, the fact that the price of the book was relatively cheap, meant that Alpha, Stephen and I could send out more review copies than we traditionally could with the scholarly books we had written where the retail price of the books are quite prohibitive.

Also, since Alpha was a division of Pearson’s, and at the time not only did Pearson’s have a strong presence in the Criminology/Criminal Justice textbook market, had a publishers display at the annual meetings of the American Society of Criminology, and we were on good terms with the editors, for a few years we were able to get Behind Bars displayed at their booth.

Additionally, some years later, I was approached to write a follow up book which turned into Beyond Bars: Rejoining Society after Prison.
Most importantly, we got numerous phone calls, letters, and e-mails from inmates, members of their family, and friends, telling us how useful the book was for them.

Although the rest was history, and by now some of the content (e.g., the Appendix where helpful resources are listed) is a little outdated, the core information still holds, as do many of the so-called lessons and advice. This, including the numerous people Behind Bars helped gives me great pleasure. 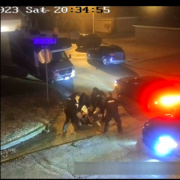 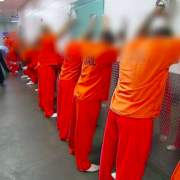 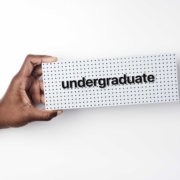 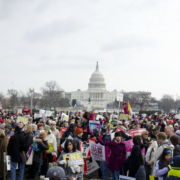 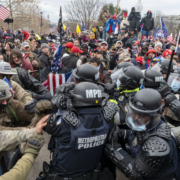 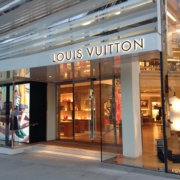 Why are people and organizations unable or unwilling to use experts?