Another year is almost in the bag and, in general, I’m happy with how things worked out. Yes, I failed to make good on a number of commitments to myself and others, but things are going to be different in 2023. I promise.

One thing I’m proud of is that while I dragged my feet on a handful of projects, I’ve managed to stay true to my goal of writing one blog post a week. This was a challenge I set for my self in the spring of 2020, as a writing and journaling exercise to help keep me sane as the world shut down. Though things have more or less opened up fully again (for better or for worse), I’ve decided to keep this blog project going.

Over the past year, in addition to teaching, departmental/college/university/various learned society service, and engaging in scholarly research I continued to blog on a regular basis. I thought it would be fun to look back on what’s resonated. Maybe you’ll find this exercise interesting too.

Here are the ten most popular blog posts (according to google analytics) ranked from least to most active, with a little self reflection,.

10. The downsides of commodifying Street Culture

Street culture remains one my core interests and a lot of things about it continue to resonate with me. But in a field that encourages creativity, experimentation, and thinking outside of the box, I’m often struck with just how many people and entities (mainly businesses) narrowly circumscribe the field as graffiti, street art, and street wear. Undoubtedly a lot of this interpretation has been fueled by the recent NFT craze, but the field is so much more than this broadly popular connotation. With this sentiment in mind, I wrote the blog post.

As one of the founders of Convict Criminology (CC), I think that it is important to periodically remind others about the major goals of this approach/methodology. CC rests on the pillars of scholarly research, academic mentoring, and political activism. However it’s also important to explain how established members of CC can assist formerly incarcerated people get into respectable graduate programs and help them to succeed once they have been admitted. This post and other similar ones on CC are being integrated in to a book that I am working on.

As I scour social media and some scholarly research I’m often interested by how/why intelligent people, often under the cloak of political activism, who seem to have failed to do their homework and settle for superficial understandings of the concepts of appropriation, co-optation, commodification and fetishization. This piece attempts to explore these nuances.

7. Sins of omission? Why do researchers neglect to review or cite relevant scholarship, but reviewers and editors accept this material for publication?

Lots of people write, and some base their work on scholarly research. But more frequent than not, scholars manage to get their work published in a variety of academic venues and editors and reviewers fail do their due diligence. Thus work gets published that is superficial at best. Yes I know it is getting tougher. People don’t want to review but sheesh.

6. Quitting academia: Is the grass really greener on the other side?

During the COVID 19 pandemic my social media feed contained lots of posts from disgruntled graduate students and untenured or recently tenured faculty complaining about the toxic working conditions of academia. I get it. There are lots of other professions that are better than working as a professor at a university. That being said, reading some of the posts I was often surprised not at how well they could document the bullshit that academics have to put up with, but with what I saw was the lack of viable or coherent alternatives.

5. Painting without permission: Graffiti & Street Art as a response to the Russian invasion of Ukraine

Every contemporary crisis seems to bring with it new types of graffiti and street art. We are reminded that graffiti in principle and street art, to a lesser extent, are a weapon of the weak. The Russian invasion of Ukraine brought death and destruction, and was also accompanied by a new wave of wall art (i.e., graffiti and street art) not just in the Ukraine, but in Russia and surrounding countries. This blog post attempts to make sense out of this creative work.

4. Why do some cities appear to have more graffiti and street art than others?

Although I’m not unique, I frequently travel outside of Washington DC (where I live) and Baltimore (where I work). When I travel to other places, I frequently walk the streets and back alleys looking at their urban art. I also frequently hear people who, after visiting cities like New York, London, Paris, Berlin, and Athens, decry the amount of graffiti that they see there. I pose the question and attempt to answer do some cities actually have more graffiti there than others?

3. Most American Universities are no longer sustainable in their current form

American liberal arts colleges ad universities are changing, and it’s not just because of COVID. Here is my foray in to this time honored question regarding the state of higher education in the United States. We know that most universities are slow to change, but there are a bunch of things going on with universities that are fundamentally altering how instruction is delivered, who the people who want to make their career there are, and the importance society is putting on the institutions as bastions of knowledge and power.

2. Why is the Committee to investigate the January 6th attack holding televised hearings now?

Living in Washington, DC and paying attention to numerous types of media one can’t ignore politics at large, let alone the investigation into the insurrection of January 6. Very shortly we are going to have a report and hopefully the work that the committee has done will be helpful to the United States Department of Justice in focusing their investigation.

1. How learning to cook Japanese food improved my life

By far my most popular blog post this year was my very personal story about how I came to learn how to cook Japanese cuisine. I hope to publish a few more pieces like that, not just about Japanese food, but about personal exploits.

Moving forward I hope to implement a few changes or experiments as I like to call them. I’ll be changing the frequency of blogging (from once a week to every two weeks). I’m going to experiment with opening up the blog posts to comments. And I’m going to write about more personal experiences.

Thanks for reading my work, and giving me feedback. 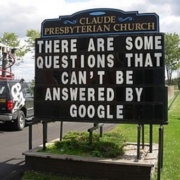 Does earning a degree in Criminology/Criminal Justice help someone get away...
Scroll to top