This week American voters will participate in a critical midterm election. If the pollsters and pundits are correct, the Democratic Party is going to lose seats both in the Senate and in Congress. Meanwhile many of the states that were led by Democratic and moderate Republican legislatures and Governors are going to flip to Republicans, some of whom are election deniers.

If this happens, the political situation in the United States is going to shift from hopeful to bleak.

Although I recently wrote about this upcoming election in a post Crystal balls and midterm elections, over the past few years I have also written a handful of pieces relevant to the current political situation that may be useful to read and reflect on.

Some of the posts have examined the manner by which we elect candidates. Our majority wins/winner takes all political system that dominates the way we chose elected officials is an antiquated. It typically leaves one half of the polity happy and the other side completely disgruntled. It unnecessarily leads to political polarization and apathy. My post, Forget tweaks to our political system, it’s time to implement proportional representation, outlines the difficulties with the way we chose people for political office and despite its shortcomings, on the whole proportional representation is better.

In a somewhat similar vein, I have argued that we must not lose hope and become apathetic about our current political situation. And given that we don’t have any other viable method to elect candidates at this current time we can’t stay home, thus we need to vote. These ideas are encapsulated in my post, If you’re thinking about sitting this election out, it’s your last chance to reconsider.

Another topic worth exploring are the questionable actions of political leaders (mostly Republicans) whose principal goals seem to be bashing the Democrats and staying in power. It seems as if the more they keep talking the greater the opportunity for them to say silly things to people who are willing to listen or don’t know any better. In order to expand on this idea, my post Just because you have access to a megaphone, doesn’t mean you need to use it expands on these ideas.

In a similar vein, the Republican Party appears to have lost a sense of morals and obscures the truth and with the exception of abortion, remains silent in the face of significant moral and ethical issues that members of its party have engaged in. My post Bring on the enablers: Why are so many Republicans still making illogical arguments against the impeachment of Trump by the Senate? speaks to this issue. These ideas are expanded upon in If almost all you do is criticize the opposition, then it doesn’t make you a good leader.

Other posts have concerned Republican election deniers. I have attempted to identify who they are. My post, Democracy blindness: On being misinformed about democracy or ignoring its principles when the outcome does not go your way, is an attempt in this direction. Another post is how to best respond to election deniers and insurrectionists Grappling with the Trump supporters who think that their vote was stolen. In a similar

Both before and during the Biden presidency the Democratic Party has tried to assert control and implement its policies. Sometimes, however it appears as if they have dropped the ball. My post, Now that Congress has impeached Trump for a second time, what else can we do to improve the current political situation in the United States discusses this state of affairs.

Meanwhile, over the past two years the White House and Democratic Party have attempted to improve the United States and make good on its promises designed to help not only Democratic supporters but many issues that are of concern to Republicans voters like jobs, the COVID crisis, education debt relief, etc. These were outlined in my post Taming the devil you know: The White House’s ambitious agenda to make good on their promises to the left and bring Trump supporters into the fold.

If you have not voted already, it’s still not too late. If you have time try to educate yourself on the critical issues that are on the table that are going to be affected by this midterm election. Determine which issues are most important to you and your loved ones. Consult reliable sources. If pressed for time, speak to people whose opinions you trust. Contact them via social media, phone, etc. In the next 24 hours find out where the nearest polling places are located, what sorts of identification you need, and vote on election day. Don’t leave things to fate. 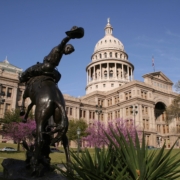 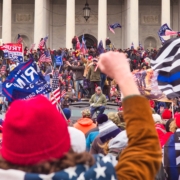 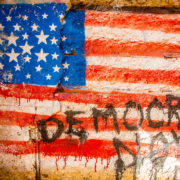 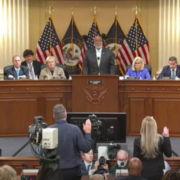 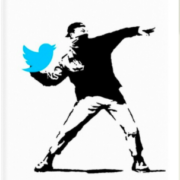